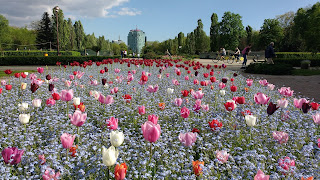 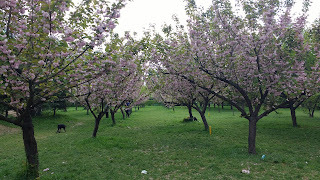 This year April has been a very busy month. I should maybe start with the end of March, when we had Rikyuki, the offering of tea in the memory of Sen no Rikyu, and continue with two demonstration for the Romanian public, and two seminars. Demonstrations for both adults (at Foundation "Calea Victoriei") and for adolescents (at the Bookshop "Carturesti") - pictures from the events are to be found on this blog; seminars both in Romania and abroad (Brussels and London). At last, we changed from winter practice to summer practice. A month full of activities and changes. I would blame the spring wind.

Only now I can stay and contemplate. It feels as good to contemplate as it feels to be in the middle of all the things I believe in and do.

I have captured some moments that would not tell much about my feelings, yet I share. 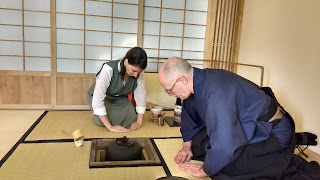 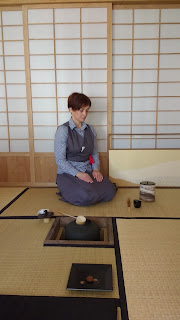 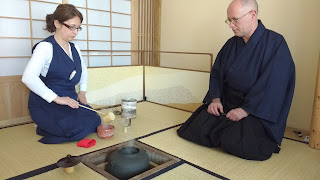 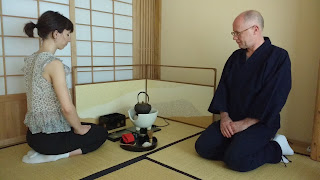 A new student came in for the first time at the seminar. Full of joy she whispered: "This is so beautiful and so much better than spending time in front of the tv!"  Yet, so true!! 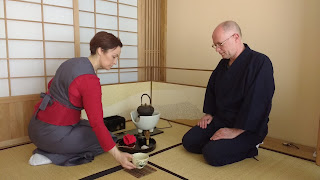 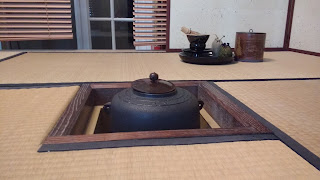 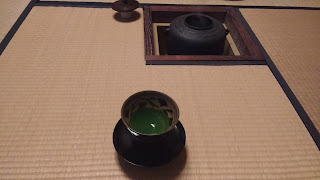 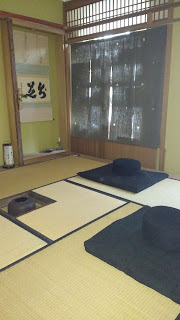 Hard and long practice in Brussels.

The tea was very good and the practice ended.

By Cristina Comanac
No comments:

Each year, in the month of April, every school in Romania has one week to teach student "in a different way" or different things. Every school and every teacher chooses one activity and they present it to the children.

This year again, Mrs Amalia Gatiu, French teacher at the C.A. Rosetti high school in Bucharest, invited us to present Chanoyu and its tradition to her students.

We've gladly offered our services, through a short lecture upon the importance of discipline, ethics, aesthetics and other topics, held by Gabriel Soga Caciula sensei, followed by a tea demonstration held by our tea student Cristina Comanac, who made tea for some of the high school students. At this event one of the biggest Bookshop in Bucharest, Carturesti Verona, offered the space. We thank them for their partnership! 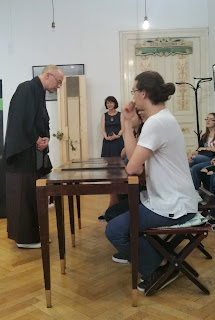 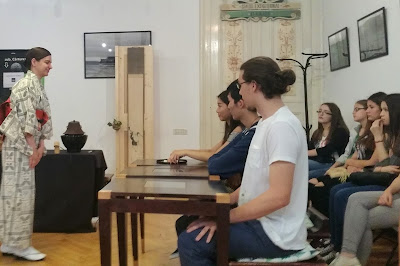 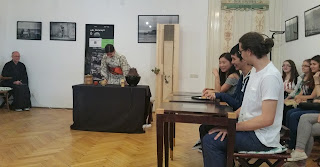 The atmosphere was a very dynamic one, and we had a wonderful time presenting Chanoyu to the students. 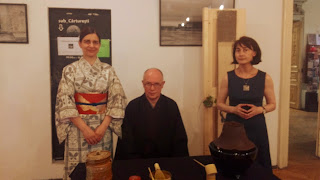 A new Chanoyu Demonstration for the Romanian Public: Aestethics, History and practice: Kagetsu

The scroll presents an image of Hotei, the poor but the content wandering monk, a possible incarnation of Maitreya, the future successor of Gautama Buddha (also known as Śākyamuni Buddha).

The event, which took place on a beautiful Saturday morning, started with a lecture about Chanoyu – the Japanese Tea Ceremony. The presenter, Gabriel Soga Caciula sensei, invited the public to a magic journey in time about the history and the pillars of philosophy and aesthetics defining the Tea Ceremony.

Following the lecture, the Tankokai Romania "Luminis" students presented to the public Kagetsu - an attention and concentration building tea-practice game. The attention and concentration of the public was also tested – papers with questions about what they saw and understood during the tea-game were given up to the public. Those who answered correctly the questions were given beautiful little gifts.
The event concluded with an offering of sweets and green tea (Matcha) to the public. 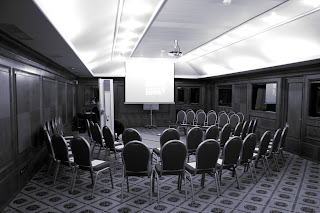 The preparation of the room, the tea utensils and of course our minds and hearts. 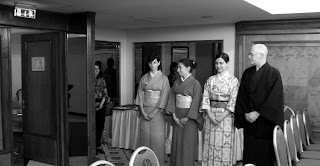 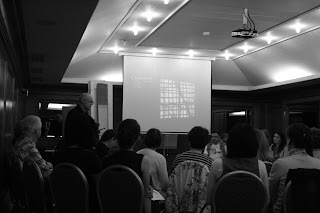 And now – Kagetsu, the game of attention and concentration. 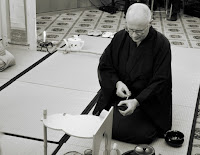 The participants in the game draw little cards indicating the roles and the things to be done by each of them: who prepares utensils for tea, who is the first guest, who makes tea, who drinks tea etc. There are several rounds where, by drawing cards, the roles change unpredictably. The challenge is to be ready for the new role, to know exactly what you and everyone else have to do while remaining calm and natural.
In a nutshell, Kagetsu looked like in these photos:


Cards are drawn. One person prepares the first cup of tea.

Cards are drawn. The person to drink the first cup of tea and the person to prepare the second cup are identified.

Cards are drawn. The person to drink the second cup of tea and the person to prepare the third cup are identified.

Cards are drawn. The person to drink the third and last cup of tea is identified.

The last person to make tea is cleaning the utensils and completes the exercise.


The public, by now our friends, is served with sweets and tea. 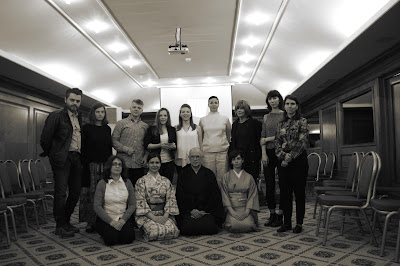 Our sincere thanks and our gratitude to all who helped.

Here is our team (unfortunately one tea colleague and the technicians missing)
Otsukaresama deshita!